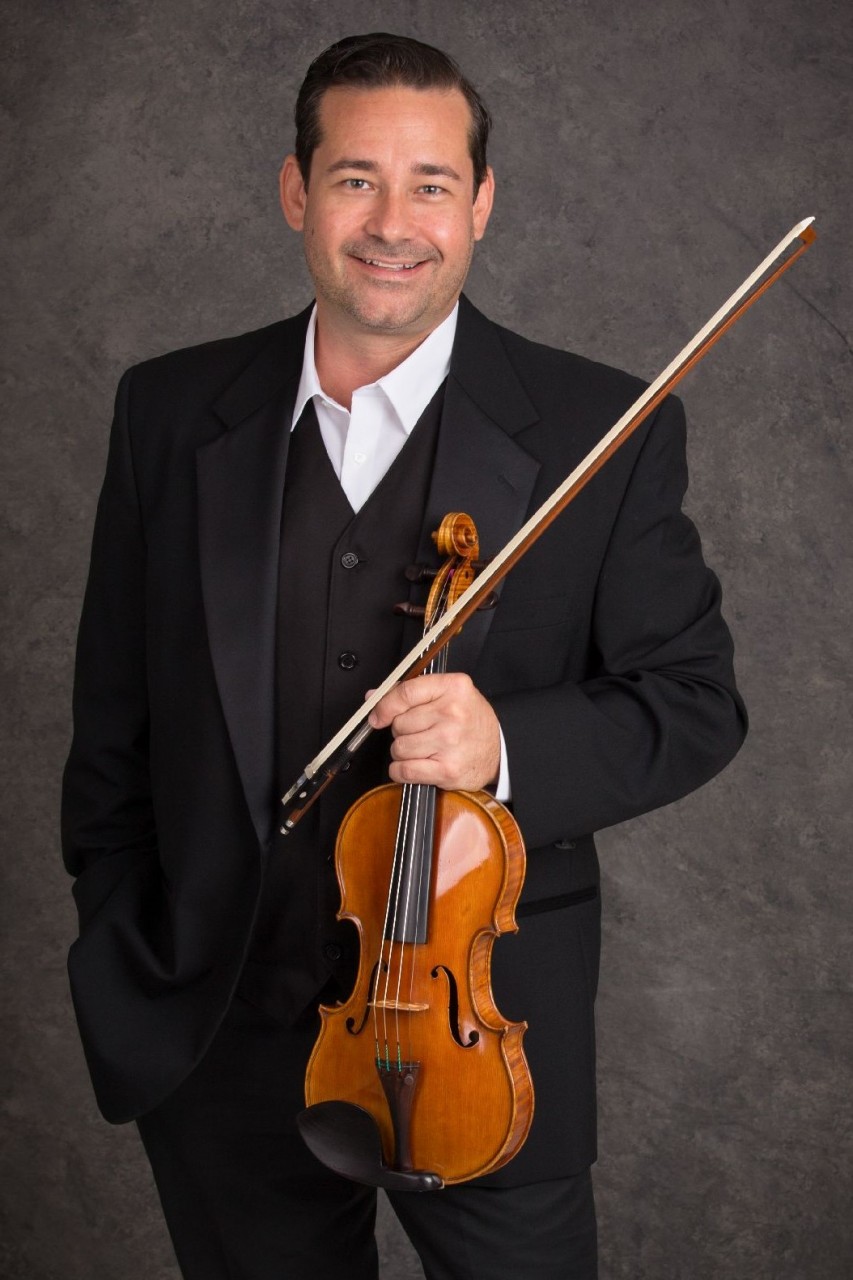 ​Past scholarship recipient Marcus Ratzenboeck is an accomplished and versatile musician with a successful career as a performing and recording artist.He has a recording studio, H&M Productions, and is currently in his 3rd season as concertmaster of The Venice Symphony.

Marcus was first introduced to playing music as a 9-year-old attending elementary school in Chicago where it was mandatory that all students play an instrument.Although he wanted to play saxophone, his hands were too small so he switched to guitar and eventually the violin.When Marcus' family moved to Sarasota a few years later he began private lessons with Miltiades Siadimas, a renowned violin soloist.Marcus credits his lessons with Mr. Siadimas as crucial to his development as a musician and notes, "Compared to other young musicians, I was relatively late in taking up the violin at age 11.My intensive studies with Mr. Siadimas during 2-hour lessons three times a week really helped me to catch up.Miltiades Siadimas was more than a teacher; he was my mentor."

After attending high school at Riverview and Booker VPA, our Fine Arts Society Scholarship helped support Marcus as he continued his studies at Florida State University, earning his Bachelor's of Music degree in 1996.From there he attended Indiana University and was awarded his Master's of Music degree in 1999.He was concertmaster of the IU Symphony and the Columbus, IN Philharmonic and appointed Principal Second Violin of The Louisville (KY) Orchestra.He was also an Adjunct Professor of Violin at the University of Louisville, a member of the acclaimed Louisville String Quartet and Concertmaster of The Louisville Bach Society. 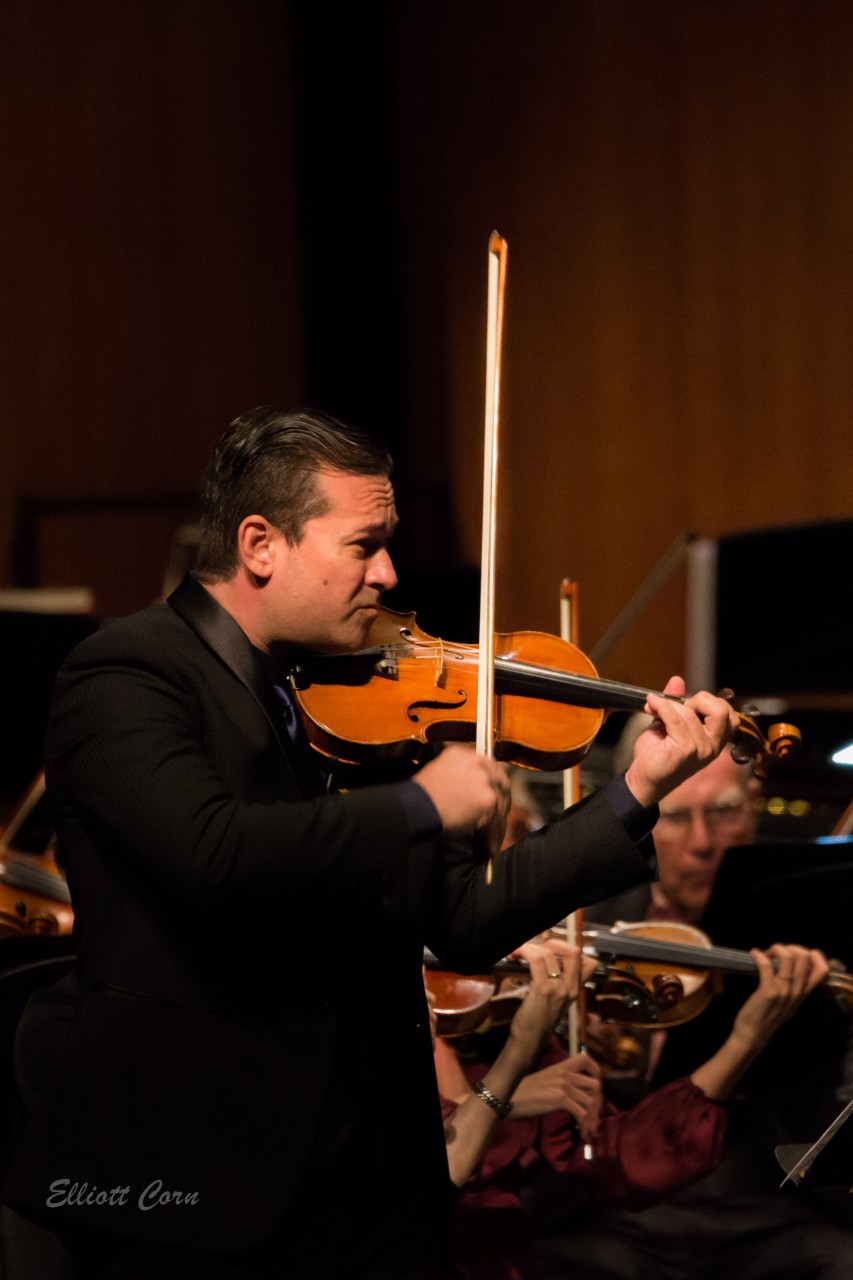 As I have learned from interviewing other past scholars in the classical music field, there are many talented musicians all vying for very few positions.Marcus' advice to musicians coming out of school is to "be diverse and try new things beyond playing classical music.Exploring new software, technology and digital music are important and the professional musicians of tomorrow will benefit by having experience composing, forming ensembles and branching out into other genres." ​

Marcus has participated in numerous music festivals including Tanglewood, American Institute of Musical Studies (Graz, Austria), Sarasota Music Festival, Hirosaki Chamber Music Festival (Japan), and he served as concertmaster of Spoleto (USA) for several seasons.His professional experience also includes an impressive recording and touring career in a rock band along with work for several major and independent record labels and publishers.Marcus states, "Playing electric violin in a successful touring rock band is a completely different life than performing with an orchestra.After several years, I was ready to get back to my classical music roots, so I returned to Sarasota in 2012.I had to get back to serious practicing, full 5-hour days.I was subbing for orchestras here and played with The Florida Orchestra, Sarasota Orchestra, and St. Petersburg Opera. It took several years to get back to concertmaster, but I look forward to continuing an era of fine musicianship with The Venice Symphony." 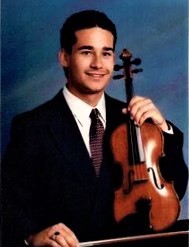 The role of concertmaster is critically important to an orchestra.This musician is first chair violin and must know all of the music and all of the parts very well and work with the music director (conductor) to create a cohesive performance.A wonderful opportunity to see and hear Marcus perform with The Venice Symphony takes place on Saturday, May 23rd at 7:30pm.It's an outdoor Patriotic Pops concert at CoolToday Park, the Atlanta Braves spring training baseball facility in North Port.Gather your friends for a lovely spring night at the ball park listening to popular American classics.Click here for more information:

Author's Note:If the last name Ratzenboeck sounds familiar, it is because Marcus' brother, Derek, and sister, Karissa, are also past Fine Arts Society scholarship recipients and professional violinists.Derek plays in the New York City Ballet Orchestra and Karissa performs with Marcus in The Venice Symphony.