Mar 04 Posted by Elizabeth Rose in The Arts 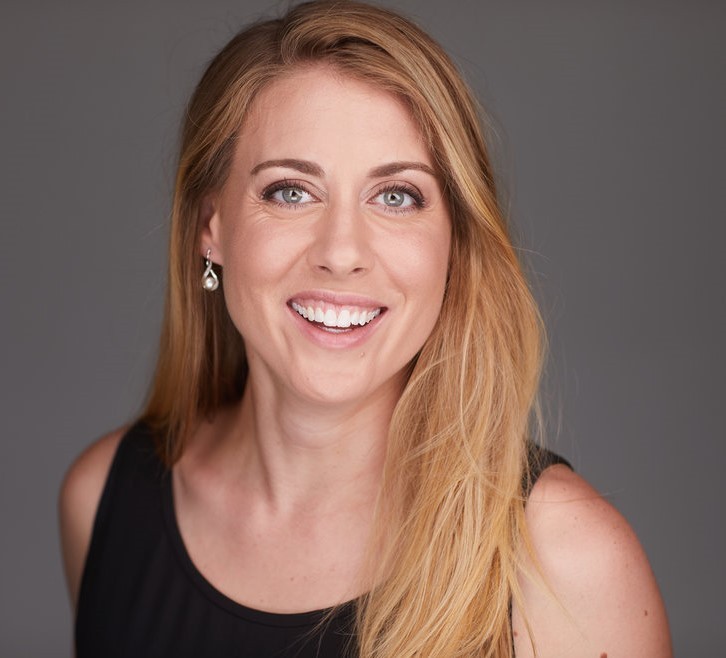 Adelaide Boedecker made her professional debut as Barbarina in Sarasota Opera's production of The Marriage of Figaro at the age of 17 while still a high school student at Pine View School for the Gifted. She was the first youth to ever be cast as a principal in the Sarasota Opera and became a two-time FASS scholar in 2008 and 2010. Adelaide is a shining example of the successes our talented Sarasota County student artists and performers can achieve with our support. She is the winner of the Santa Fe Opera Anna Case MacKay Award; winner of the National Opera Association competition, scholarship division; and second place winner of the American Prize competition for professional singers. Her talent has been recognized by opera critics throughout the country:

"Adelaide Boedecker is a reason to see the production…her singing is clear, direct and invigorating - - beautiful, without asking for attention."
-The San Jose Mercury News July, 2014

​Adelaide is a former resident artist with the Pittsburgh Opera and was also an apprentice artist with the Santa Fe Opera performing as Ida in Die Fledermaus and Chorus Soloist in Santa Fe's world premiere of (R)evolution of Steve Jobs. Adelaide was also apprentice artist with the Merola Opera Program in San Francisco where she performed the roles of Stella in A Streetcar Named Desire and Despina in Così fan tutte. She has also performed with Opera Birmingham, Syracuse Opera, Hilton Head Choral Society, Opera Las Vegas, the Music Academy of the West in Montecito and our own Sarasota Opera.

Asked to share her earliest memories of singing, Adelaide recalls "Singing in the choir at Church of the Redeemer when I was a child. My two older sisters were in the choir and I wanted to be just like them. Then I saw a production of Arabica by the Sarasota Youth Opera. I loved the huge coffee bean costume and knew that I wanted to sing on stage. So, the summer after second grade I started doing youth opera and continued through high school. When Sarasota Opera's Artistic Director Victor DeRenzi had me perform with professional singers in The Little Sweep by Benjamin Britton, it occurred to me that I could possibly sing professionally. Up to that point, I thought I would become a lawyer."

Two scholarships from the Fine Arts Society of Sarasota provided financial assistance to Adelaide when she attended the University of Florida in Gainesville. There she earned her Bachelor of Music in Vocal Performance. She then attended graduate school in Rochester at the Eastman School of Music and earned her Masters of Music in Vocal Performance and Literature. In addition to her core vocal curriculum, Adelaide took extra classes in acting and dance and performed in musical theater. "That training helped me to learn about blending acting and singing so I could convey my character's emotion physically while still maintaining control my voice. In a large theater, the audience may not always be able to see my face, but the way I move can help them understand what is happening internally for the character," notes Adelaide. She adds, "Eastman's Arts Leadership Program and Opera America's Career Blueprints have given me significant insight into 501(c)3 organizations and the business aspect of the arts and music. Grant writing class, website development, resume writing, auditions, branding, media, publicity and more have all been incredibly helpful in my career to date."

"It wasn't until I moved away from Sarasota that I realized how fortunate I was to grow up in a community that focused on the arts and gave opportunities for children to learn and participate. Those programs are the foundation that my career is built upon and to be able to complete my education without the tremendous debt of student loans is a wonderful gift that you have given me", notes Adelaide. 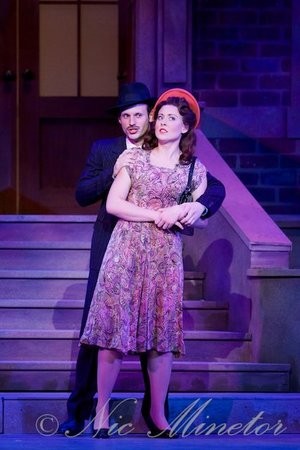 Adelaide and her husband, Calvin Griffin, reside in Atlanta. Calvin also sings opera and the two have recently completed Audition Season in NYC. Audition Season is to performing arts what Pilot Season is to television programming. Theatre Companies from around the country descend on New York City and, from mid-November through mid-December, they audition talent to cast in performances the following year. Each day, vocalists can sing for several companies from throughout the United States.

"The opera community is a small, tight-knit group. It's a somewhat nomadic existence, but we're all in it together. My husband and I both approach our careers as a full-time professional job. My main goal is to continue to have a career singing professionally and that goal requires so much more than just showing up and performing. Every day we actively work on music, dialogue, translating the opera, etc. Our livelihood is contract-to-contract and proper preparation on each job can help secure the next job. Cultivating contacts and maintaining a reputation as a professional are critical" says Adelaide.

"I love the classic operas and Mozart's The Marriage of Figaro is my favorite, but I also enjoy new works where the audience doesn't already know where the story is going and really immerse themselves in the performance. Each person's voice is unique, like a thumbprint, and the greatest compliment is when someone writes a new work hearing your voice in their mind."

In April, Adelaide and her husband Calvin will be in Columbus, Ohio performing in Opera Swings Jazz. This innovative program will combine arias with musicals and jazz and appeal to several cross-over audiences. It's being written now and there will be 4 vocalists accompanied by an orchestra and jazz ensemble.

Adelaide is thrilled to be returning to the Sarasota Opera as an adult this spring when she will be performing the role of Pamina in The Magic Flute on March 1, 2019. For performance and ticket information, click here: https://tickets.sarasotaopera.org/single/EventDetail.aspx?p=3161