That's the title of the collection of stunning artworks by Robert Colescott now on display at the Sarasota Art Museum. The African-American painter and sculptor gained fame with his pioneering paintings that transformed well-known masterpieces by changing the white faces into black characters.

Colescott's debut came in the 1970s with a show at the Spectrum and Razor Galleries in New York. He reconfigured figures in the compositions of prominent artists in history including Vincent Van Gogh, Eugène Delacroix, Emanuel Leutze and Pablo Picasso as Black people. He also blended the images of white and black figures in his exploration of race and identity. His style morphed into a cartoonish style inspired by the comic strips that he enjoyed as child.

A recent trip to the museum confirmed that the renderings were meant to shock and they still do.

A sampling of his prolific output fills the entire second floor of the museum. There is still time to visit before the exhibit closes on October 31st.

Here is a small sample of the museum's display of his paintings. 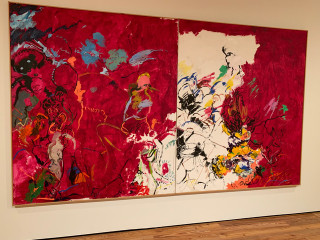 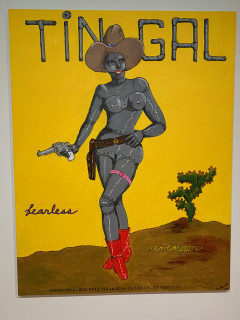 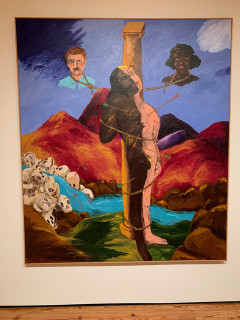 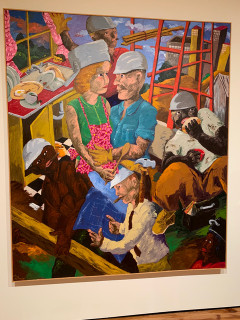 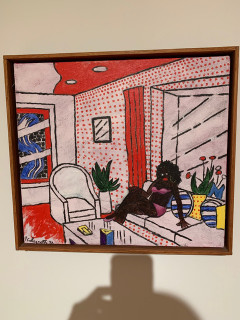 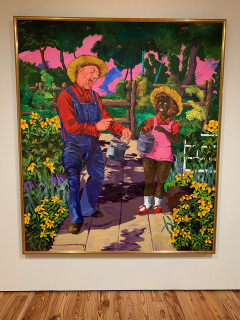 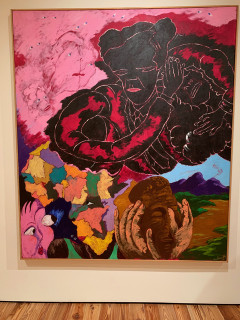 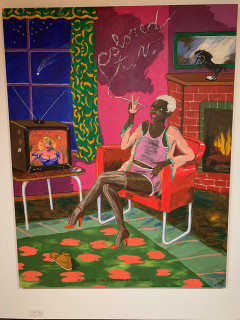 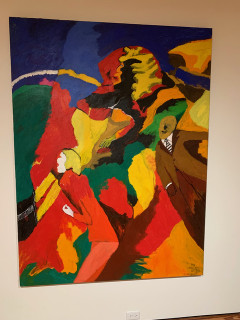 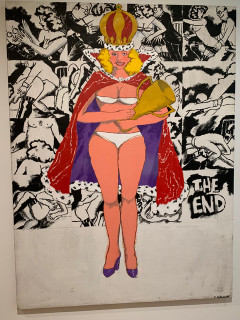 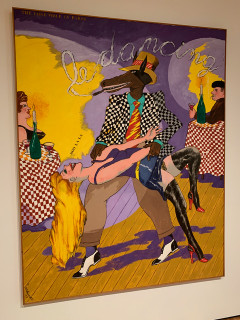 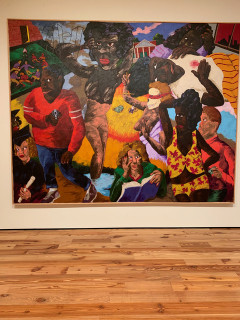