A Conversation with Lynn Ahrens

Jan 19 Posted by ARTS in The Arts 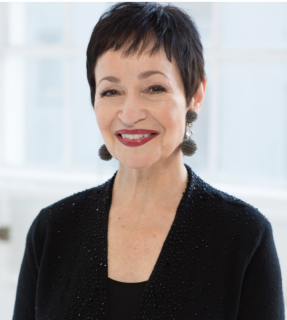 ​When you see a really successful musical theater presentation, all kinds of questions must pop into your mind. Aren't you curious about the song-writing process? What does it entail? How do the songs for musicals get created to reflect the drama happening on the stage? What is the way into a song? What are the criteria for really engaging lyrics? How do you blend the work of the playwright, the composer and the lyricist? All these topics and more will be discussed in our next captivating conversation at Speaking of the Arts…...

Arts Advocates is embarking on a collaboration with Asolo Rep to offer an exciting Speaking of the Arts…..! For our second offering, we have the opportunity to eavesdrop on a conversation between Tony Award winning lyricist Lynn Ahrens and Celine Rosenthal, Asolo Rep's Associate Artistic Director. They will let us in on the secrets of developing the lyrics and music for a brand new musical, Knoxville, which makes its World Premiere in March at Asolo Rep.

The second in the Speaking of the Arts…. series will be held on Thursday, February 27 at the Art Ovation Hotel. There will be a cash bar opening at 6 and the program begins at 7. Please check the website for ticket purchase; tickets will be $50 for members and guests, $60 for non-members and $100 for patrons, who will get a chance to sip champagne and chat with Lynn Ahrens and Celine Rosenthal after the conversation.

Want to know more about the upcoming Knoxville? The collaborative effort between Ahrens, Stephen Flaherty and Frank Galati, who worked in partnership with this team on Ragtime, will once again be the force behind Knoxville, with Galati writing the libretto and directing the show and Flaherty serving as the composer. But you will learn much more in this fascinating evening discussing the birth of a musical.

Lynn Ahrens is a native New Yorker. She began her musical career fresh out of college on the renowned television series, "Schoolhouse Rock." Since then, she has written extensively for theater, film and television, winning theater's triple crown – the 1998 Tony Award, Drama Desk and Outer Critics Circle Awards for the lyrics of the acclaimed Broadway musical, Ragtime. In the same year she received two Academy Award nominations and two Golden Globe nominations for Best Song and Best Score for the animated feature film Anastasia.

With her longtime collaborator, composer Stephen Flaherty, her many Broadway, off-Broadway and Lincoln Center Theatre credits include Once On This Island, Chita Rivera: the Dancer's Life, My Favorite Year, Lucky Stiff, A Man of No Importance, Dessa Rose, The Glorious Ones and Broadway's Seussical. Ragtime was revived on Broadway in 2010. For the recording of Songs from Ragtime and for the original Broadway Cast Recordings of Ragtime and Seussical, she has received three Grammy nominations. For her extensive work in children's television, she had received the Emmy Award and four Emmy nominations.

Clearly, this much honored woman is a skilled lyricist and writer, and she will share the special talents of her craft with the Speaking of the Arts….. audience in conversation with Celine Rosenthal. Rosenthal is an NYU Tisch alum, Tony-nominated producer who is the Associate Artistic Director at Asolo Rep. Rosenthal is the recipient of directing fellowships at Manhattan Theatre Club and Asolo Rep, as well as an SDCF Observership. To register: www.artsadvocates.org/activities/activitieslist-view/events-members/70-speaking-of-the-arts-aconversation-with-lynn-ahrens